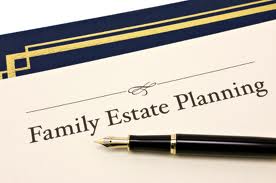 Before a person’s estate can be distributed under the terms of their Will, a grant of probate must be obtained from the courts. In turn, the courts will not act until IHT documentation has been completed and any tax due settled. If you have ever been involved as an executor applying for probate, you will know that it can involve a large volume of form filling and research.

About a year ago the Government proposed a restructuring of probate fees in England and Wales, moving from a flat fee (£155 via a solicitor, £215 otherwise) to a graduated scale which reached £6,000 for estates worth more than £2 million. Unsurprisingly, the idea produced a widespread outcry and was viewed by some experts as being more akin to a new tax than a mere fee increase.

The (probate) law of unintended consequences

Not long after the announcement – and oblivious to the protests – the Government started the legislative process with the aim to bring the new fees in from April 2019. This had the predictable effect of accelerating probate applications from executors and solicitors acting on their behalf. Unfortunately, the surge coincided with a change of administration systems at probate offices. The net result was that the time taken to obtain probate doubled to eight weeks or more. Just to exacerbate matters, the legislation stalled, so the impetus to submit applications as soon as possible continued beyond April and on into Summer.

Eventually the delay in finalising the legislation ran into the prorogation of Parliament, which meant it had to be put on hold. Over a weekend in mid-October, with an Election looming into view, the Government announced that it would not revive the legislation and would instead make only “small adjustments to cover costs”.

This was the second time that the Government had tried to increase probate fees, only to abandon the plan in the face of an impending Election. This time it is to be hoped it has learned the lesson. However, the whole sad story was also a reminder of how slowly the cogs of estate administration can turn after someone has died.

Probate only applies when the deceased left a valid Will, otherwise a near identical process operates in obtaining letters of administration. Under a Will, the executors have to follow the deceased’s wishes in distributing the estate. If no Will exists, the administrators are required to follow a statutory distribution framework, which can produce surprising (and unwelcome) results – a surviving spouse or civil partner may not automatically inherit everything.

If the probate fee saga has any upside, it is as a reminder that you need a Will and you need to keep it up to date. Dealing with an estate is rarely a quick process and a Will provides a key starting point.

Dig out your Will and make sure it still does what you want it to.

If you have not made a Will or want to change your existing Will, make sure you talk to us about the inheritance tax consequences before signing on the dotted line. Even if you are happy with the terms of your Will, if it pre-dates the 2017 arrival of the residence nil rate band, it may need review.

Past performance is not a reliable guide to the future. The value of investments and the income from them can go down as well as up. The value of tax reliefs depend upon individual circumstances and tax rules may change. The FCA does not regulate tax advice. This blog is provided strictly for general consideration only and is based on our understanding of law and HM Revenue & Customs practice.  No action must be taken or refrained from based on its contents alone. Accordingly, no responsibility can be assumed for any loss occasioned in connection with the content hereof and any such action or inaction.