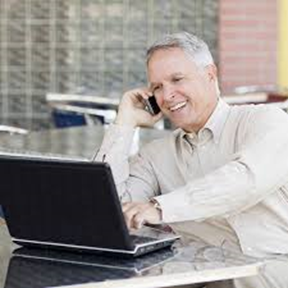 The start of the next increase to state pension age (SPA) is still nearly five years away, at which point it will be phased up to 67 by April 2028. In the meantime, the Government has confirmed a rise in pension age for private pension provision that was originally suggested in March 2014.

The increase is to be made to the normal minimum pension age (NMPA). This is the earliest age from which non-state pension benefits can be drawn, subject to very limited exceptions. The current NMPA is 55, set in 2010 as 10 years below the then male SPA of 65. The new NMPA from 2028 will be 57, 10 years below what by then will be the SPA for both sexes.

The Government has indicated that there will be exceptions to the higher NMPA covering:

It would appear that if you have a personal pension established by the February cut-off date, you will generally meet the ‘unqualified right’ requirement, giving you a protected pension age of 55. However, some experts believe this could change when the necessary legislation emerges. When the previous NMPA increase was made, there was no such protection for personal pension owners.

If you were born on 6 April 1973, you are potentially the worst hit by the change, unless you have benefits that are subject to a protected pension age. That is because you will reach your 55th birthday on the very day the NMPA increase to 57 takes effect – unlike the changes to SPA, there is no phasing in of the change. If you were born in the preceding two years, you will be in the odd position of being able to draw benefits at age 55 until 5 April 2028, but then need to wait until you reach age 57 before setting up any new drawings from you pension.

The idea of retiring at 57, yet alone 55 may sound appealing, but is it at all realistic? Consider these two factors for a start:

A recent report showed that the average age of those ‘retiring’ in 2021 was 60. However, it also revealed:

Past performance is not a reliable guide to the future. The value of investments and the income from them can go down as well as up. The value of tax reliefs depend upon individual circumstances and tax rules may change. The FSA does not regulate tax advice. This newsletter is provided strictly for general consideration only and is based on our understanding of law and HM Revenue & Customs practice as at January 2011 and the contents of the 2010 Comprehensive Spending Review.  No action must be taken or refrained from based on its contents alone.  Accordingly no responsibility can be assumed for any loss occasioned in connection with the content hereof and any such action or inaction.

Why do I need a Lasting Power of Attorney?

We are all familiar with the need to write a will, ensuring that our executors…

If you hold funds designed to provide income from UK shares, you probably do not…