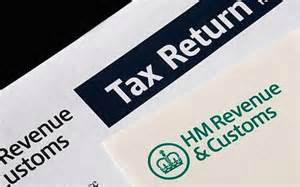 While the EU has just landed Apple with a possible bill of €13bn for tax avoidance, in the UK HMRC has been busy publishing more proposals aimed at avoidance and evasion.

A consultation paper under the grand title of ‘Strengthening tax avoidance sanctions and deterrents’ was issued by HMRC in mid-August. This followed on from an announcement in the March Budget that the government wanted to, as the paper put it, ‘influence the behaviour of promoters and other intermediaries…who enable or facilitate the sale and use of tax avoidance’.

For “influencing behaviour”, read “deter”. The paper’s main thrust was that while users of tax avoidance schemes faced large financial costs if their schemes are defeated, those behind the development and marketing of schemes ‘bear limited risk or downside’ when the good ideas turn bad. To remedy this, HMRC is suggesting that if a scheme fails, its promoters and developers should face penalties based on the tax understated by the scheme’s users. HMRC recognises that where a scheme has many parties involved in its creation and marketing, the result could be total penalties in excess of the tax purportedly avoided by the end users.

This consultation document emerged a week after the paper discussing promoters’ penalties. It sets out proposals to require anyone with ‘undeclared UK tax liabilities in respect of an offshore matter’ to ‘correct the situation by September 2018’. The timing is driven by the implementation of the Common Reporting Standard (CRS), a measure which will see over 100 countries automatically exchanging taxpayer information. 54 early adopter countries will start that process by 2017, with the remainder joining in by 2018.

What HMRC hopes for is that offshore evaders will come clean and comply with a ‘Requirement to Correct’ (RTC) before their existence is revealed by the CRS. The carrot for doing so is that the penalties applied under RTC will generally be less than those under a new “Failure to Correct” (FTC) regime beginning in October 2018. At worst such penalties could be over 200% of the tax evaded, with extra penalties where HMRC found that ‘funds had been moved to attempt to avoid either reporting under the CRS, or under RTC’.

These measures are aimed at aggressive tax avoidance schemes (often involving an offshore element) and offshore tax evasion. If you think you have money ‘hidden’ offshore that the taxman will never find, then the new information exchange regime should make you think again, as should the penalties you face if HMRC comes to you before you go to them.

The most important action is to do something if your tax affairs need ‘correction’. There remain plenty of opportunities to mitigate the effect of tax by systematically using exemptions and allowances provided for in the legislation. To make sure you are not missing out on these, please talk to us.

Past performance is not a reliable guide to the future. The value of investments and the income from them can go down as well as up. The value of tax reliefs depend upon individual circumstances and tax rules may change. The FCA does not regulate tax advice. This newsletter is provided strictly for general consideration only and is based on our understanding of law and HM Revenue & Customs practice as at September 2016 and the contents of the Finance Bill 2016. No action must be taken or refrained from based on its contents alone. Accordingly no responsibility can be assumed for any loss occasioned in connection with the content hereof and any such action or inaction. Professional advice is necessary for every case.

As the graph shows, IHT receipts have been growing steadily in recent years. This…

A different kind of tax year end… As we approach the end of another tax year, the…

Pensions are generally thought of as a highly tax-efficient way of saving, but this…