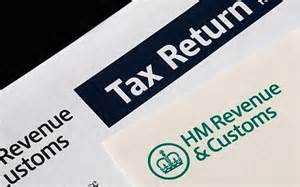 Pensions are generally thought of as a highly tax-efficient way of saving, but this is not true in all circumstances. There are two features built into the original “simplified” pension tax regime which, after a series of detrimental changes, could now start to make a pension tax inefficient for you:

The lifetime allowance (LTA) effectively sets a maximum tax-efficient ceiling on the total value of benefits that can be provided by your pension arrangements. It began life at £1.5m in 2006/07, rose to £1.8m by 2010 and then from 2012 was cut three times, reaching £1m in 2016. In April of this year there was a small, inflation-linked increase, taking the LTA to £1.03m.

The various cuts were accompanied by transitional reliefs but, until the last set emerged a couple of years ago, these had to be claimed within a relatively short period after the change. Whereas once the LTA was seen a means of discouraging the accumulation of excessively large pension funds, there is growing evidence that it is now a new source of tax revenue for the government. Funds above the LTA can attract a lifetime allowance charge at up to 55%.

Information obtained under a Freedom of Information Request revealed that between 2014/15 and 2016/17 the number of individuals caught by the LTA charge increased by over 135%. The tax raised over the same period almost trebled to £110m.

The annual allowance (AA) is the twin sister of the LTA and effectively sets a maximum tax-efficient ceiling on the total contributions that can be made to your pension arrangements in a single tax year, albeit with some limited carry forward provisions. The latter were not needed when the AA came into being with a limit of £200,000, rising to £255,000 by 2010/11. In April 2011, the AA was slashed to £50,000 and three years later further reduced to its current level of £40,000.

Another reduction, more limited in scope, saw the introduction in 2015/16 of the money purchase annual allowance (MPAA) at £10,000, which applied once flexible income started to be drawn. Two years later the MPAA was cut to £4,000.

Contributions above the available AA/MPAA, regardless of source, are subject to an annual allowance charge. This operates by taxing the contributions as the member’s income, thereby effectively removing all personal tax relief.

It is not always obvious that the allowances have been or will be exceeded, particularly if a defined benefit pension scheme is involved. The tapered AA is a cause of many problems, as the taper is based on full tax year income data which means its exact impact is only known in retrospect.

If you have any of the transitional LTA protections, care needs to be taken to ensure these are not lost, which is not always straightforward. The tax savings these provisions offer can now stretch to the hundreds of thousands of pounds.

If you are or think you could potentially be affected by the LTA or AA, planning and regular reviews are essential. In some cases you may need to revise your retirement strategy, considering alternative ways of building up sufficient capital for when work ends.

Tax penalties, like the LTA and AA charges, are best avoided, although with this duo it is not always possible to do so. The sooner you plan for their potential impact, the easier it is to limit their worst effects.

Before a person’s estate can be distributed under the terms of their Will, a grant…